Wowoto H10 is a small portable projector that you can carry and use wherever you want. Its HD resolution offers a great image with very bright colors. Use it at home, at work or take it with you in your trips!

By buying this product you can collect up to 69 loyalty points . Your cart will contain total 69 points that can be converted into a voucher of $16.31 .

It is definitely a great product, it has met my expectations completely with everything I was looking for to obtain: image quality, connectivity with iPhone, surround sound bar thru Bluetooth, Wifi stability, LAN (UTP cable) connection for Cable TV.

I've had this product for several months now and it works great and super easy to operate and great screen quality. Great value. I highly recommend it!

Excellent projector...VERY happy with my purchase. 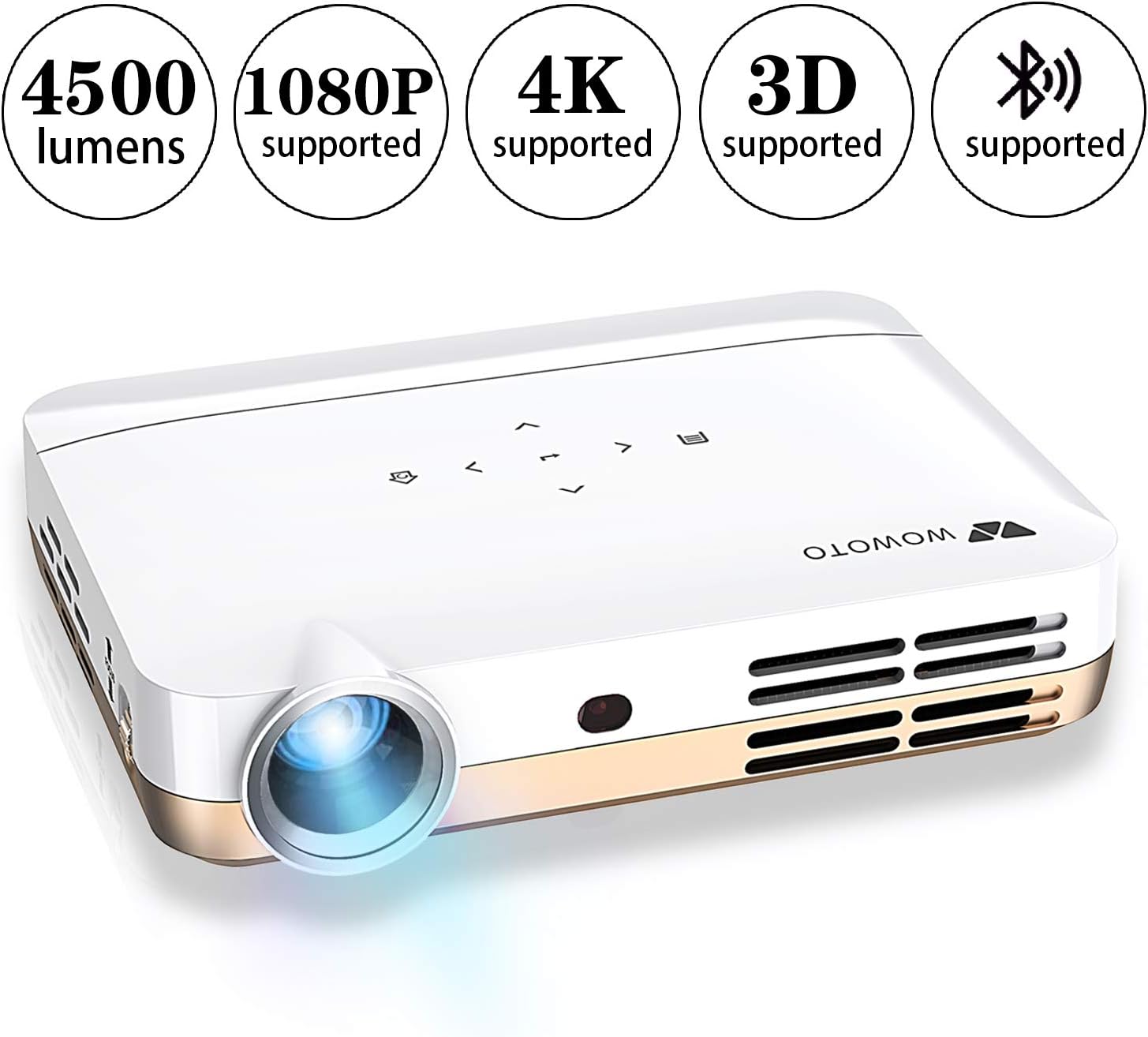 The H10 Wowoto projector is made of high-quality metal and plastic, with dimensions of 158 x 120 x 31 mm and a weight of 500 grams, so it can be considered suitable to move anywhere

The power of the LED lamp offers a duration of up to 30,000 hours, which translates to more than 10 years with a moderate use of 5 hours a day. It also has a built-in Dolby sound system, which generates a maximum noise of 28dB. 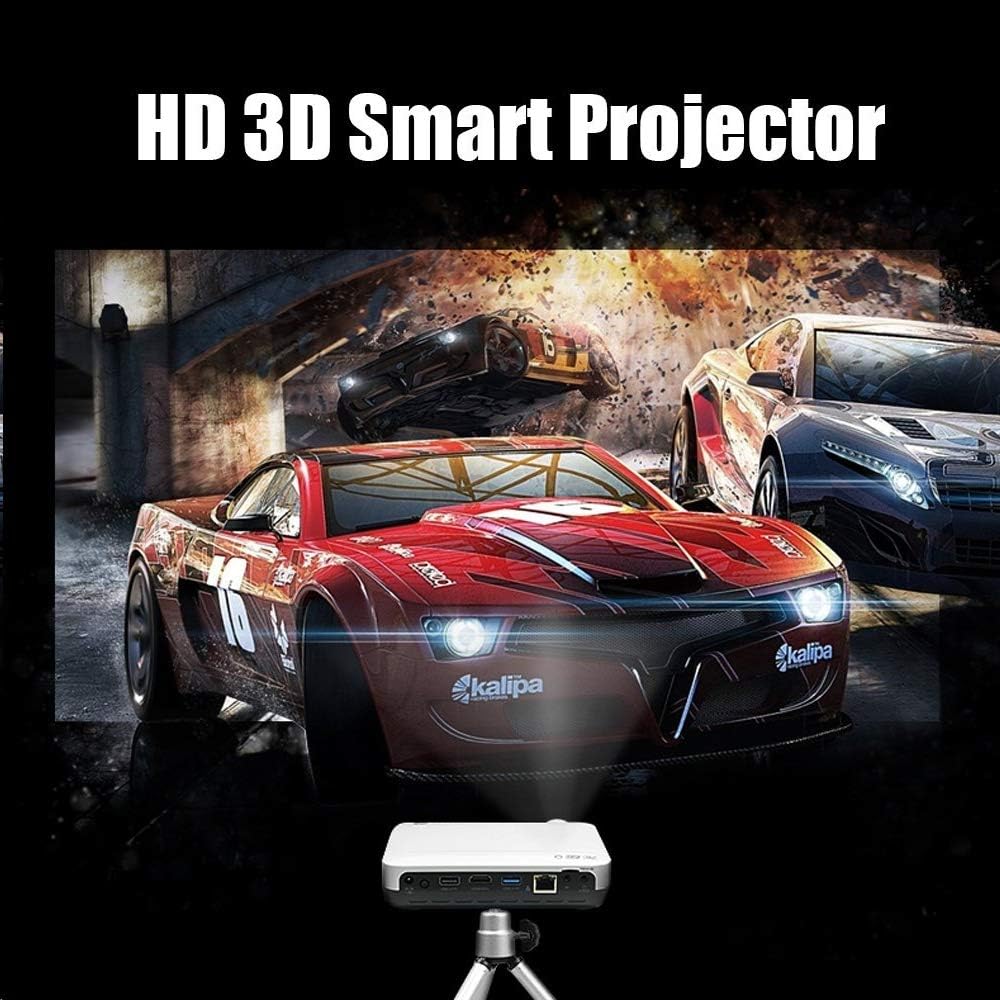 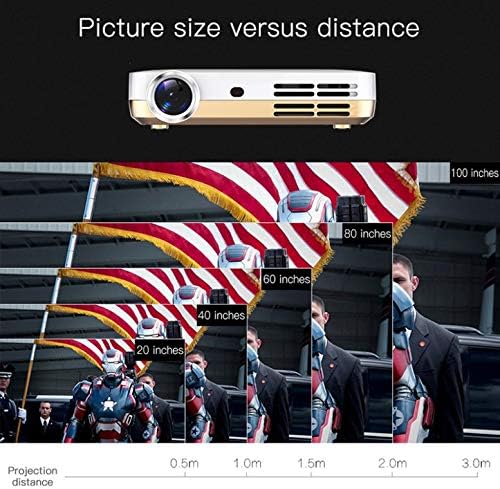 This projector has a Pico DLP processor, designed by Texas Instruments with which it is assumed to have an excellent quality in the reproduction. It has a native resolution of 1280 x 800 HD, allowing you to enjoy bright colors and multiple functions such as a split screen. Thanks to these specifications, the device is fully compatible with applications, videos, and games, even with the PS4, offering a really nice experience. It has Android 4.4 as an operating system, which although it is a bit old now, meets all the necessary in its interface.

This device has the ability to connect via WIFI and LAN. Using the 802.11 a / b / g / n protocol, it can be connected to the 2.4 and 5.0GHz networks. It has an HDMI output, a USB port, the AV connector and a slot for the external memory card that can be up to 64GB. Another interesting aspect of this projector is that it is compatible with game consoles such as Xbox, PlayStation and many more. It comes with a remote control that incorporates the main functions of the device and is recharged by a USB port, thus avoiding having to use expensive batteries. 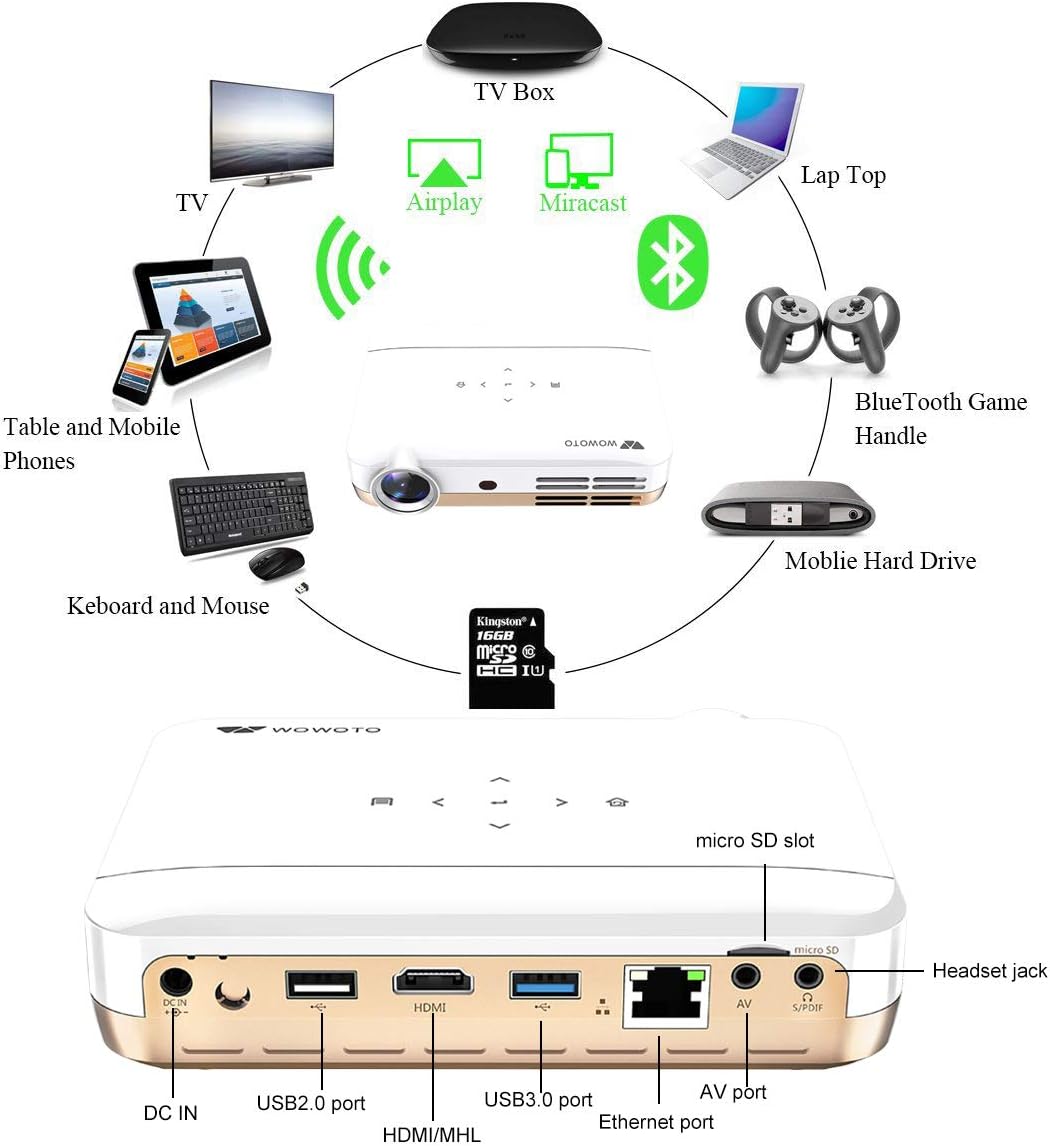 The projector uses its own custom built interface, which makes navigating around the menus with the remote much easier. But you will occasionally run into issues with apps that don’t support the interface. Our recommendation is to use the operating system to play back media files or browse the web. If you want to use custom apps, take advantage of the screen sharing feature and run the apps on your phone.

What’s in the box? 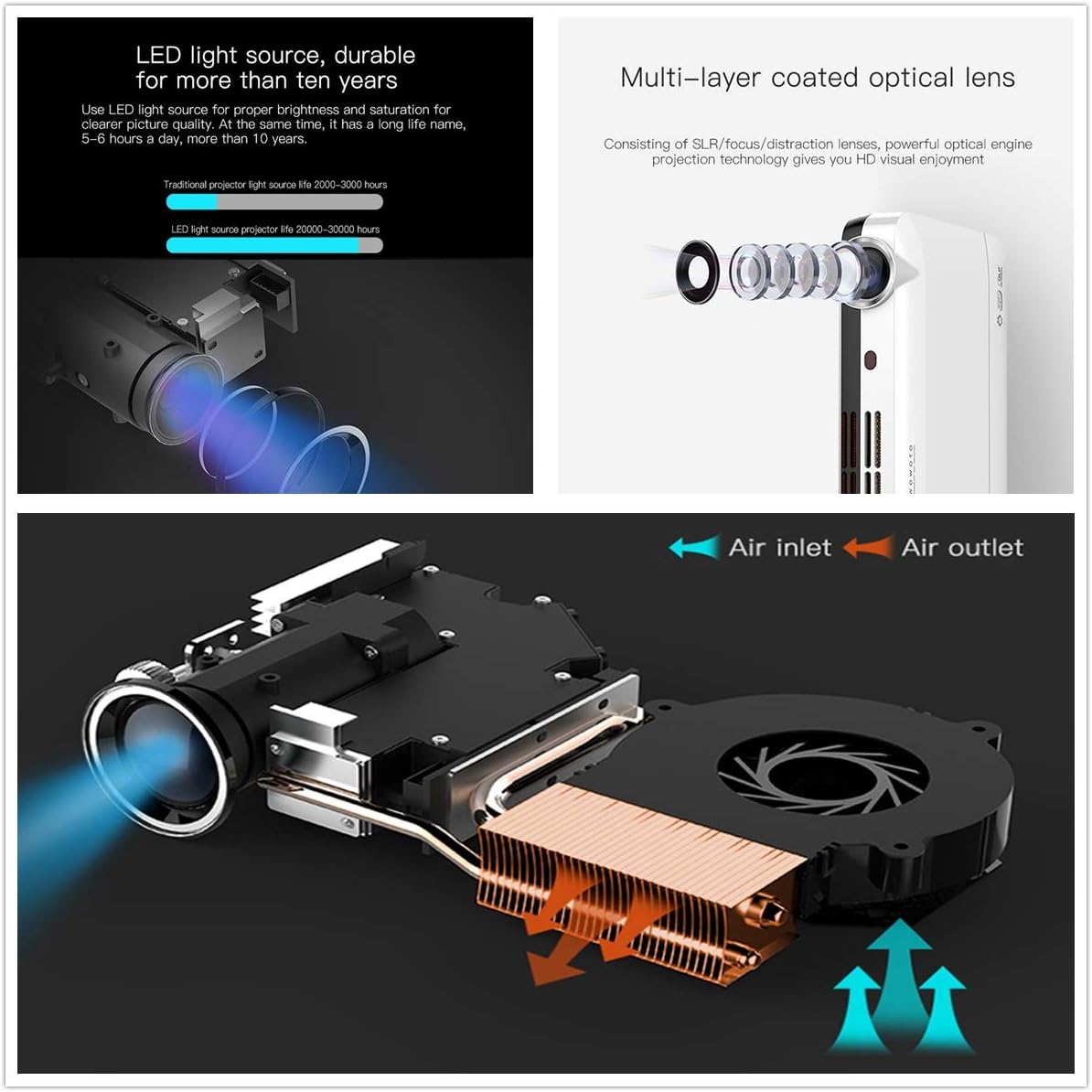 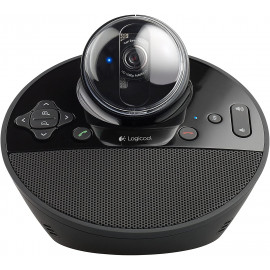 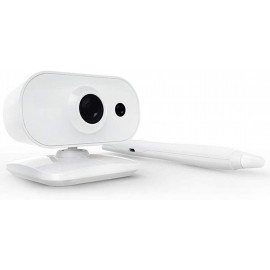 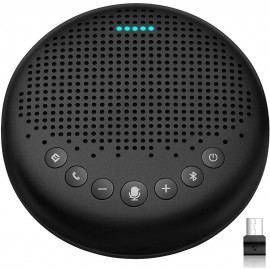